Caretakers, educators, doctors, students, and people with diabetes themselves are often curious about national diabetes statistics. So, we took a look at some of your  common questions and provided the figures to answer each of them. We hope this will help you to better understand diabetes and its associated risks, costs, and treatments.

How many Americans have Type 1 and 2 diabetes?

What is the prevelance of diabetes based on demographic details like age and race/ethnicity? 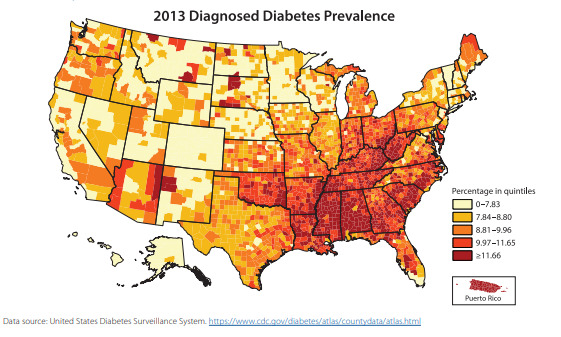 The above figures and heat map are from the Center for Disease Control (CDC) National Diabetes Statistics Report, 2017.

How common is prediabetes?

Prediabetes is determined based on a person’s fasting glucose or A1C level. When these levels are too high, a person is diagnosed with prediabetes.

What are the reasons people diabetes are hospitalized? How often do hospitalizations occur?

How common is diabetic neuropathy and other foot-related issues?

How much does diabetes cost Americans each year?